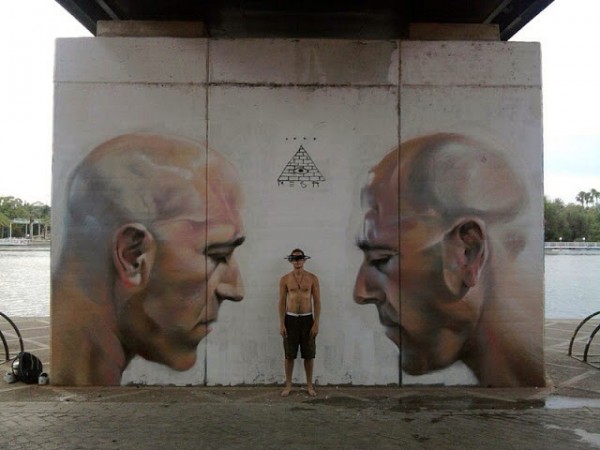 Street Art Online | Urban Art from Around the World

Here’s the latest collection of street art online from some amazing urban artists all over the world.  It’s been a while since my last post as I’ve been having a few issues with the website.  We all love websites, like computers, cars and mobiles…until they go wrong!  Anyway here’s some amazing street art from street artists such as Aryz, ROA, Saner, Blue, El Marian, Curiot, Fintan Magee, Insa, Banksy, Martin Ron, MTO, Telmo Miel, Nychos, Phlegm, Mesa, Ludo, Hyuro, Zed1 & Invader (to name just a few…).

Get up to date with recent posts on Mr Pilgrim’s street art page or alternatively catch up on some great work from the world’s urban artists on my street art blog.

Awesome team up from ROA & Saner in Mexico City

Great art on a bin by Coachella

Troy Lovegates also known as Other