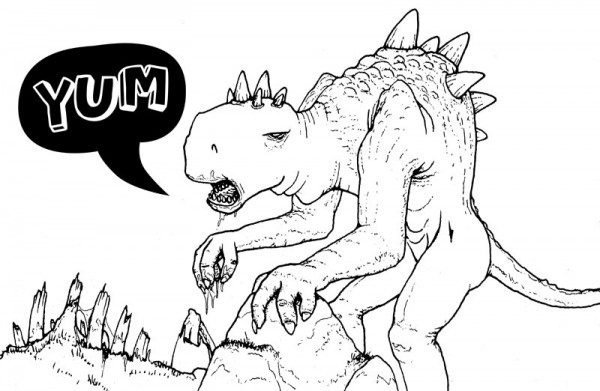 There isn’t much scarier to Mr Pilgrim than zombies, and when it comes to dinosaurs things can get pretty messy even in a PG film.  Not to mention being very difficult to kill at the best of times, so here’s an idea ZOMBIE DINOSAURS! Risen from the dead by an ancient curse they now roam the earth feeding on the living to sustain their enormous appetite for flesh!

Take note filmmakers I want to see this movie now! Made with as small a budget as possible!

Catch up on Mr Pilgrim‘s facebook page where you’ll see updates from all sorts of media and like minded  friends.  You can see work from other graffiti artists on my blog or you can always get in touch on twitter here Mr Pilgrim Graffiti Artsist.