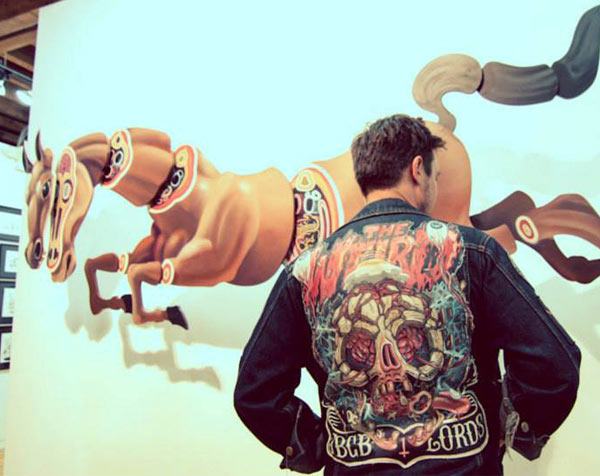 Instantly recognisable, beautifully strange and holding incredible forethought and construction, the work of street artist Nychos is surely some of the best examples of what street art is all about.  His artistry is in deconstructing and indeed dissecting his subjects that range from dinosaurs and whales to Spongebob and Mickey Mouse in his imitable cartoony yet incredibly detailed work.

Nychos has an interesting background and found his unusual style to be his outlet for the images in his head, a kind of therapeutic exercise that so many of the great artists feel.  He grew up in Austria in the 1980’s and from an early age was witness to things that most people would not.  Growing up in a hunters family meant that he saw things that would be considered disgusting to most, and yet was normal for him.  Knowing this and seeing his style you can easily see the connection between these early images and the 80’s cartoons that undoubtedly influenced his technique.

Here’s a collection of pieces from his back catalogue that are as impressive as they are weird, strange and to some pretty disgusting (!).   They are also essential Nychos.

See more from some of the world’s best street artists in Mr Pilgrim’s urban art blog.  Alternatively catch up with him and all of the very latest posts, pics and more on Mr Pilgrim’s street art page on google. 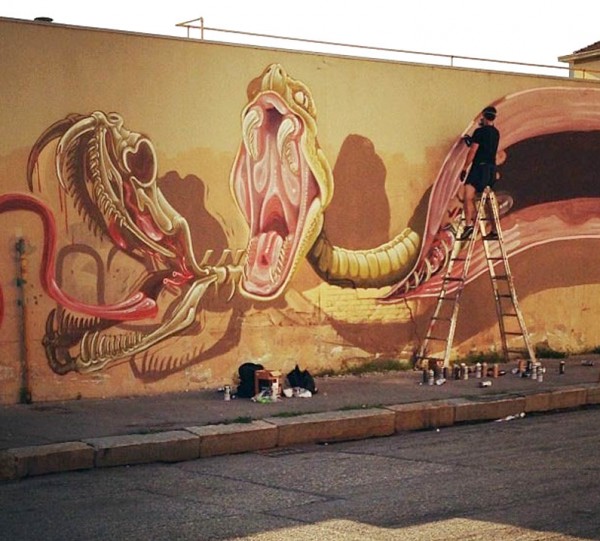 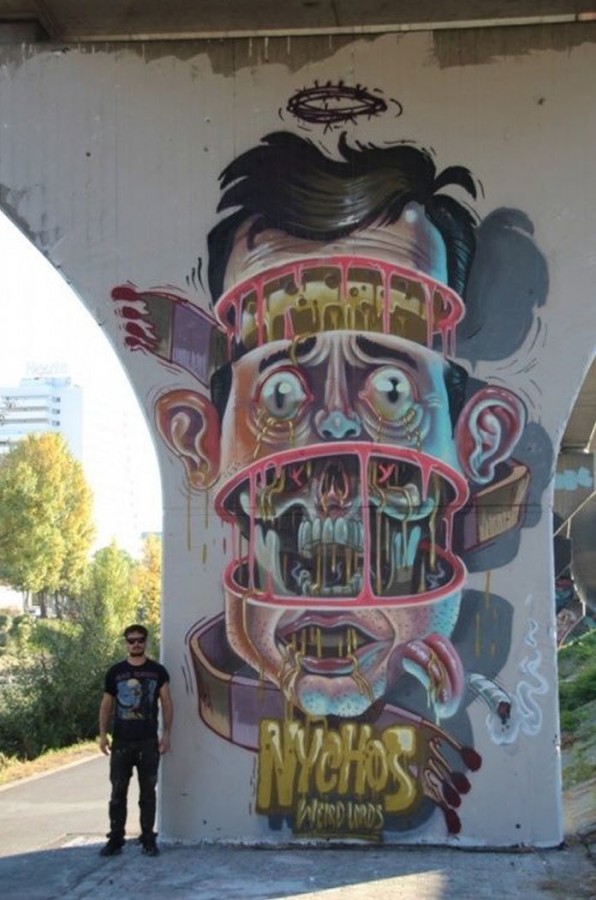 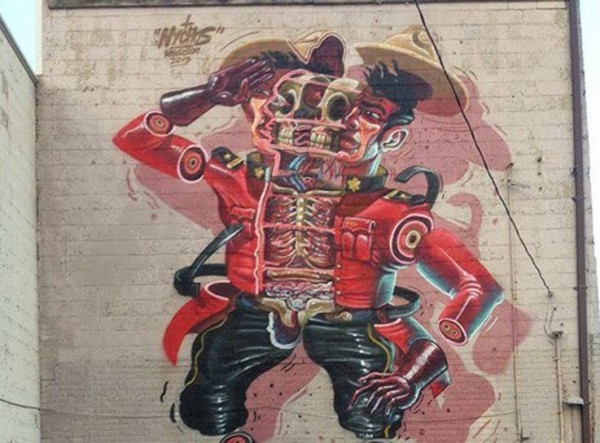 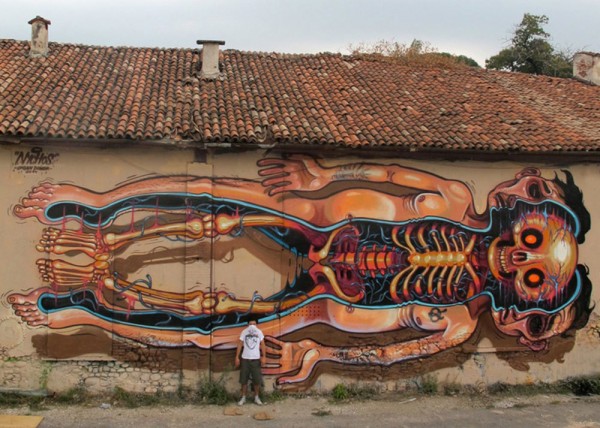 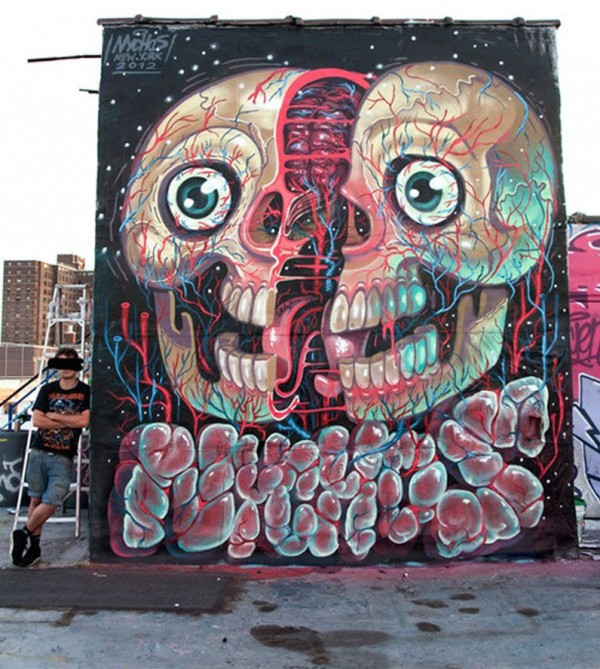 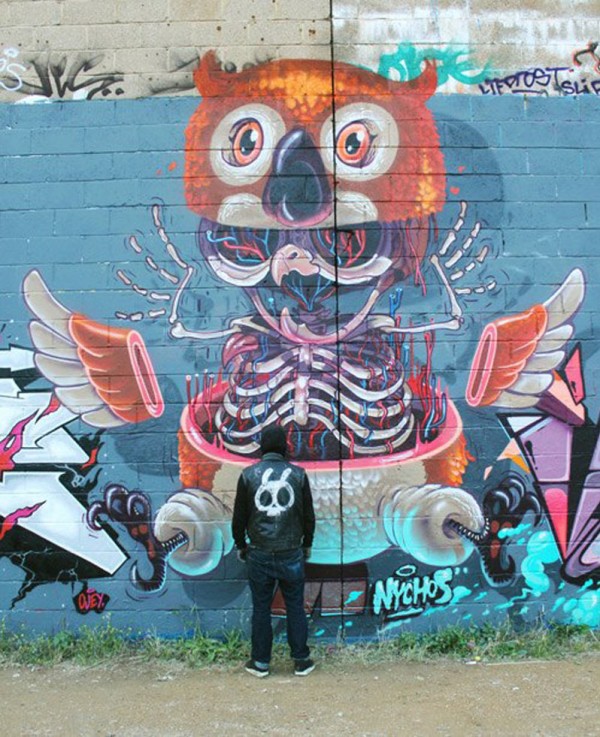 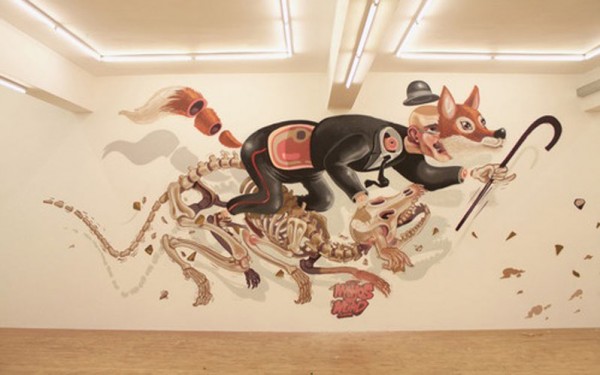 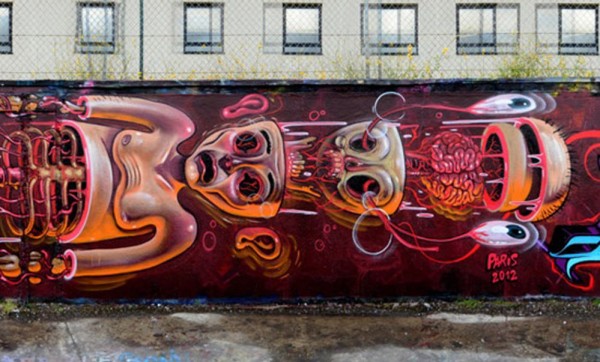 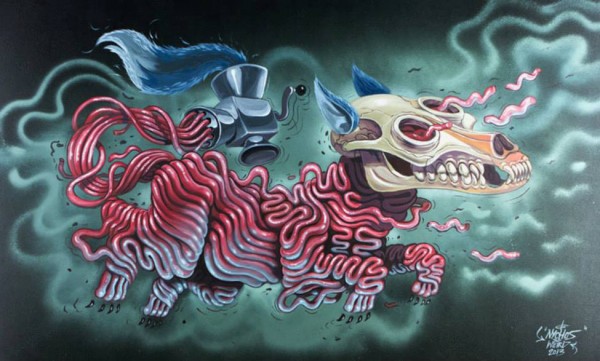 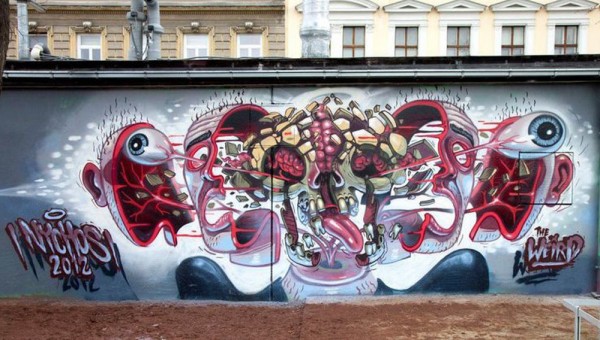 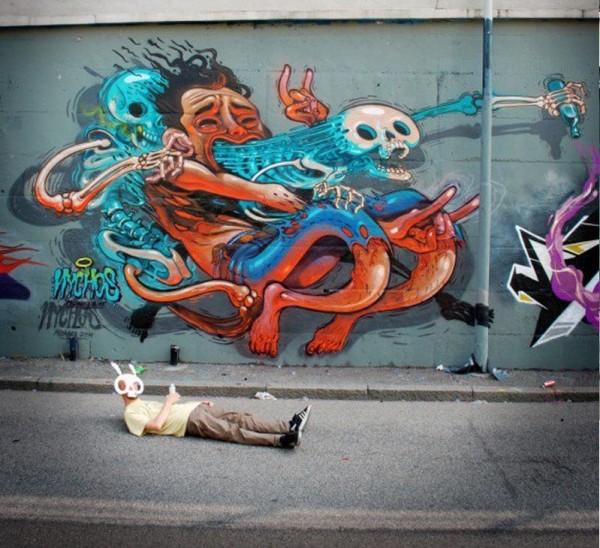 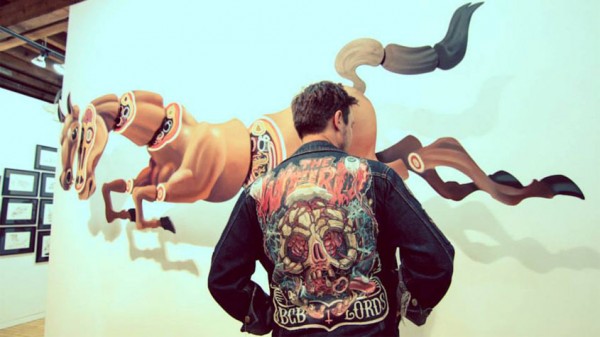 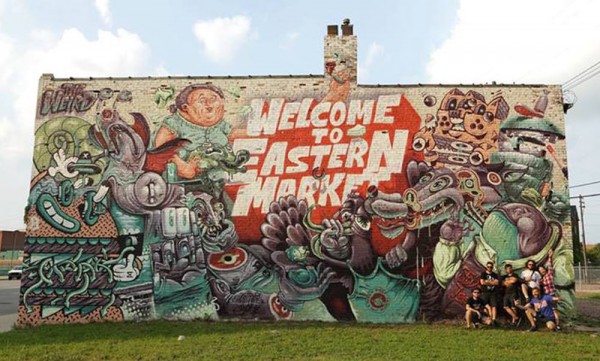 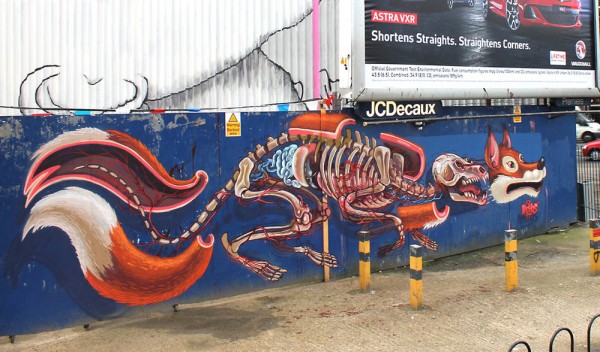 Dissection of a deadly Viper (Alpbach,Austria) 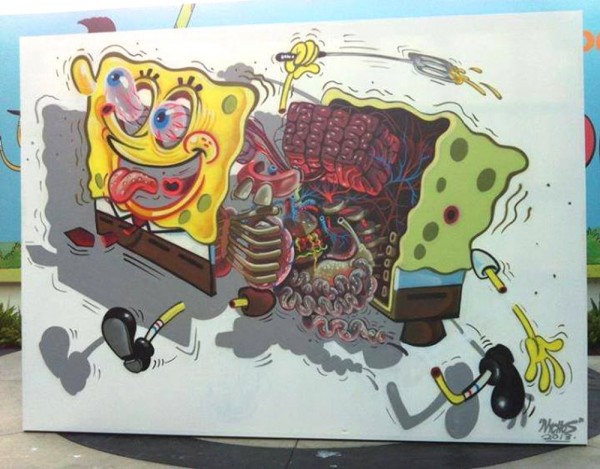 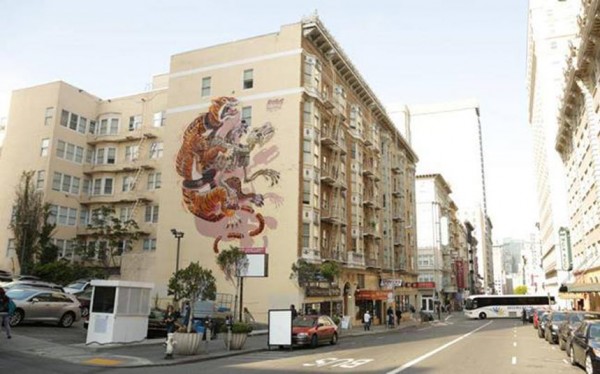 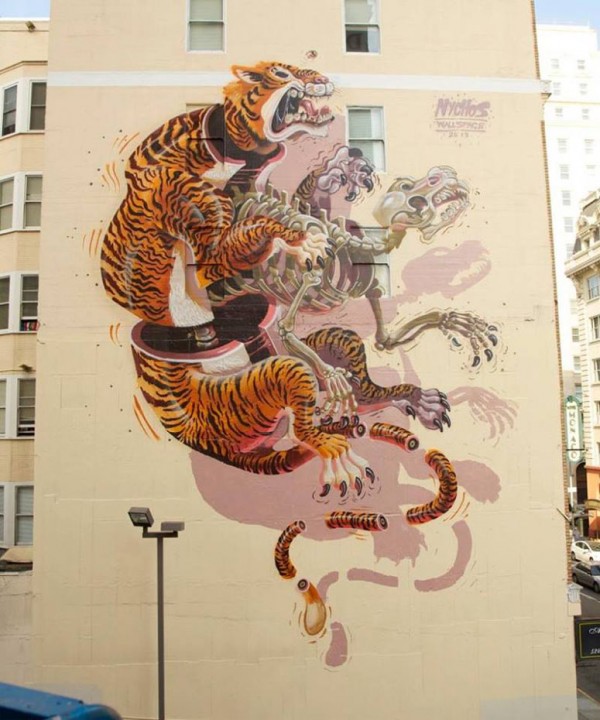 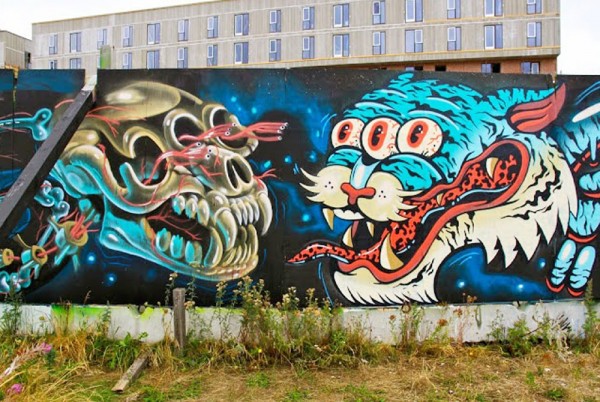 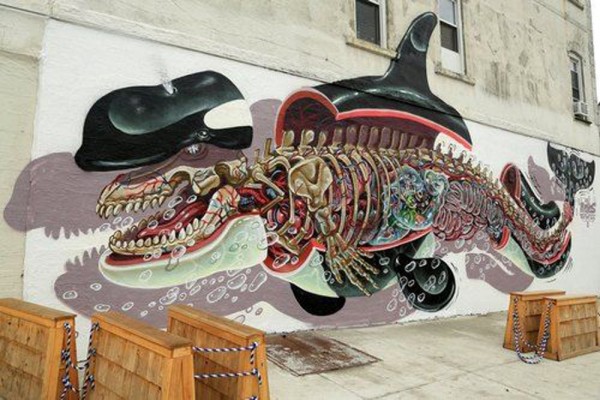 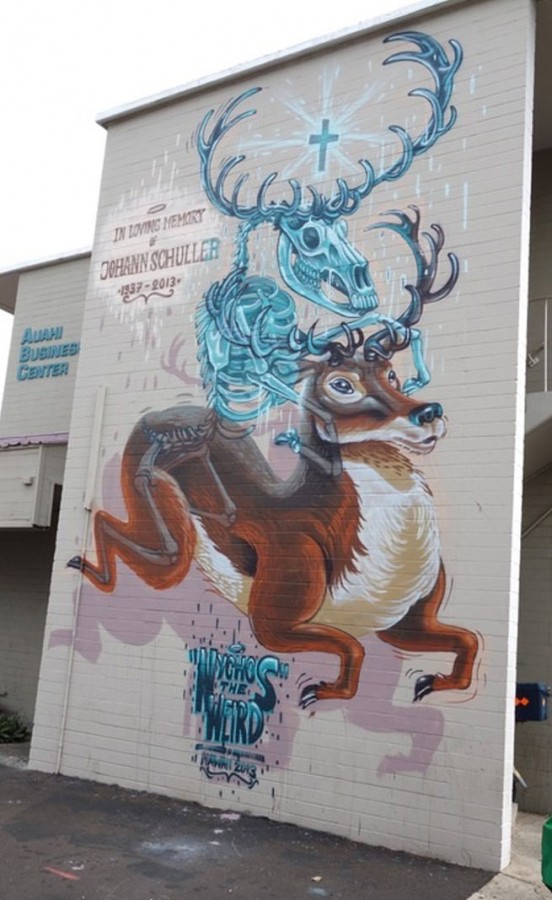 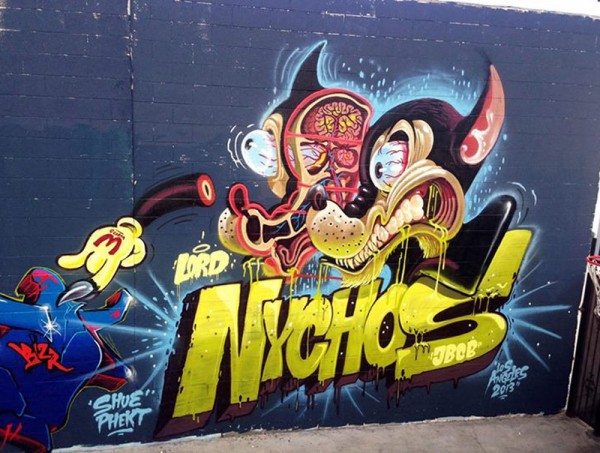 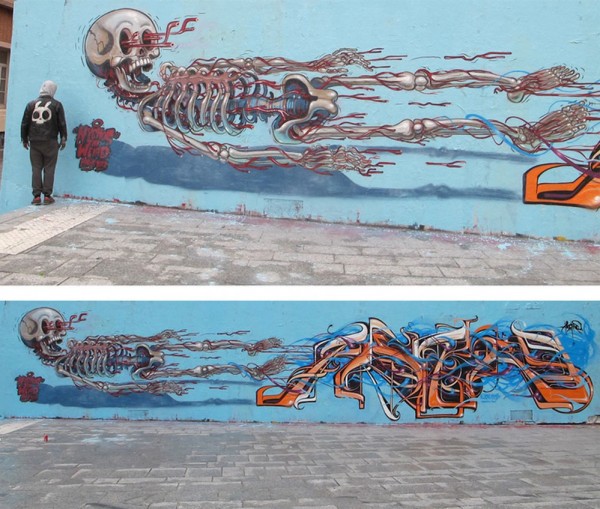 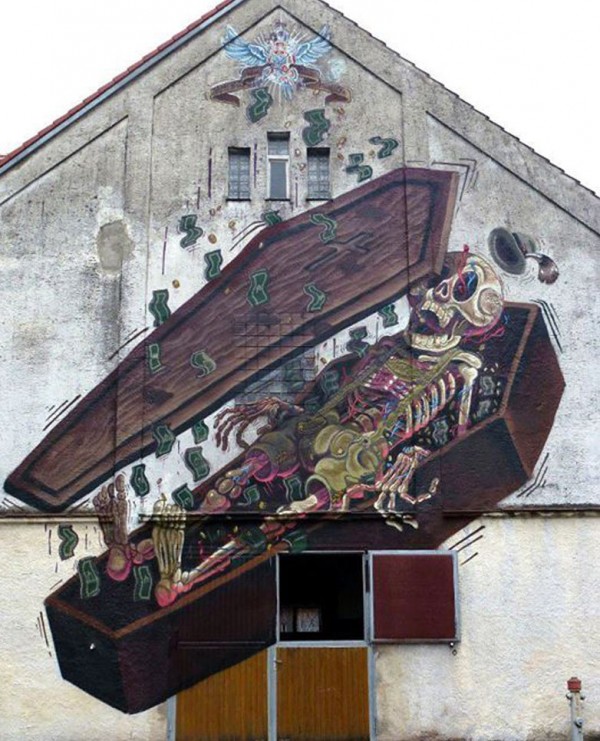 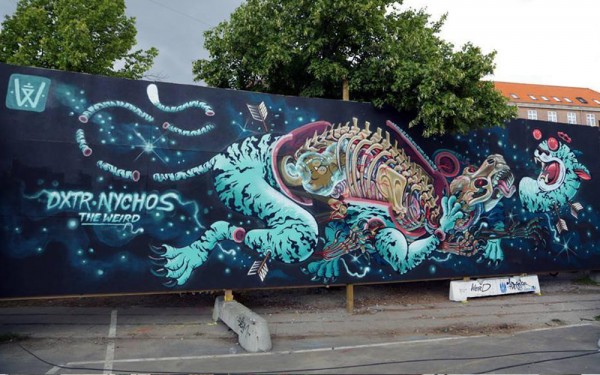 Outta Space pregnancy with Dxtr the Weird in Copenhagen 1 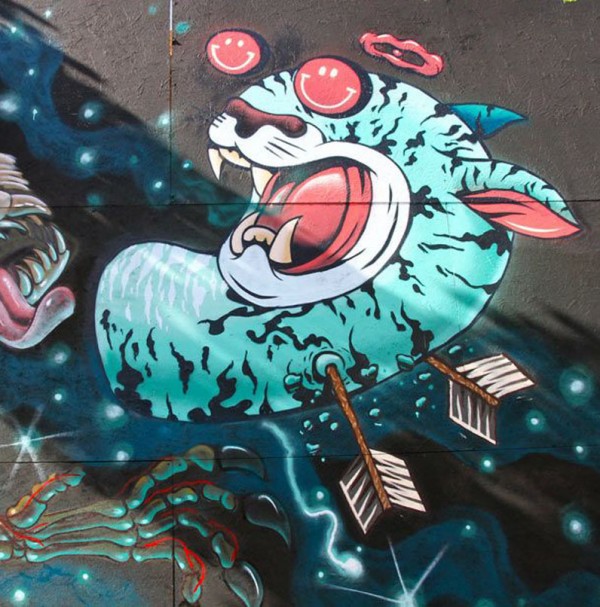 Outta Space pregnancy with Dxtr the Weird in Copenhagen 2 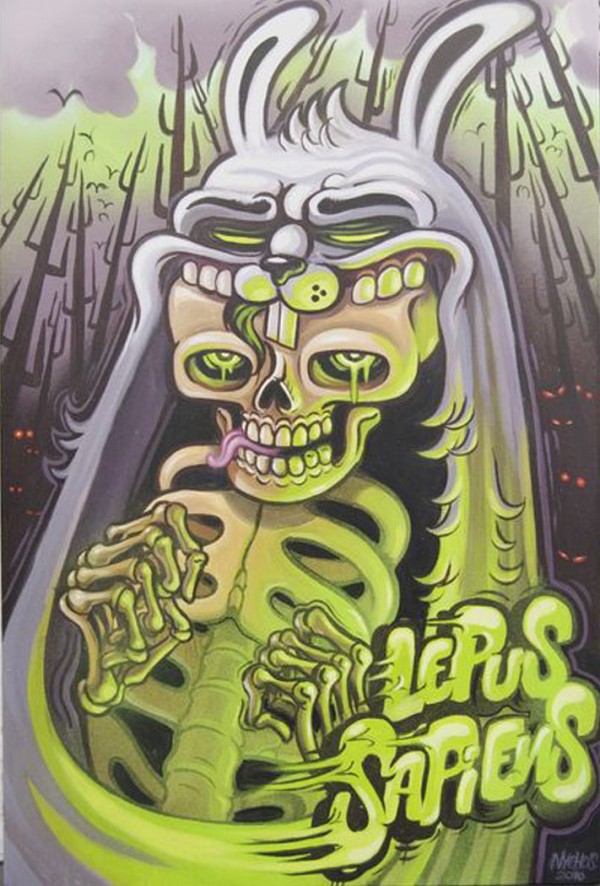 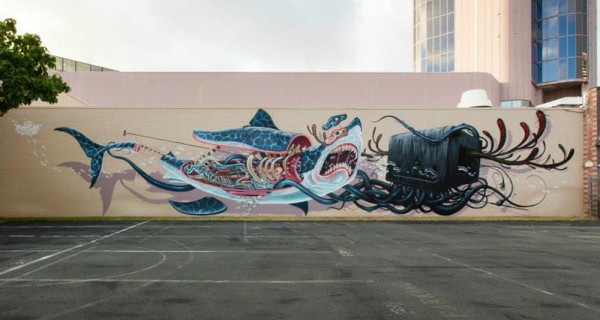 DISCLAIMER: All images are copyrighted by their respective owners unless otherwise stated. None of the images in this blog are property of Mr Pilgrim unless stated otherwise.  FOR PHOTO OWNERS: If it happens that you see your work posted here, and you don’t want it to be, and you want it removed/credited, please email using the contact me page.  FOR OTHERS: If you see a photo that is not properly credited, and you know the real owner, or artist please let me know using the contact me page.