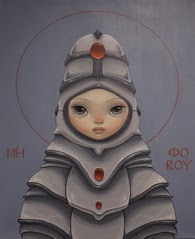 Not A Crime returns to London with Ser

Not A Crime returns to London with artist Ser

Not A Crime returns to London with new Village Underground mural and film to raise awareness of human rights abuses in Iran.

“Thousands of young people are barred from higher education in Iran because of their beliefs.  We fight this injustice through creativity and art.  Our campaign works with dozens of the world’s most prominent street artists. Enter our site to see their spectacular murals – all of which say that Education Is Not a Crime.” 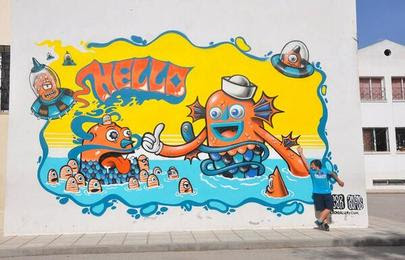 London (March 23, 2017) — Not A Crime, a campaign to raise awareness of human rights abuses in Iran by creating public art in cities around the world, returns to London this week with a new mural at the famed Village Underground wall on Holywell Lane in Shoreditch. The campaign works with leading artists to provoke conversations about human rights violations – particularly education apartheid against the Baha’i religious minority – in Iran.

Argiris Ser, a Greek street artist whose work appears across Greece as well as in the United Kingdom, France, Italy, Belgium, Netherlands, Germany, Spain and Cyprus, will paint the work.  Ser’s signature style will feature fantastical animals in a parallel universe who are concerned with the same universal value of education. 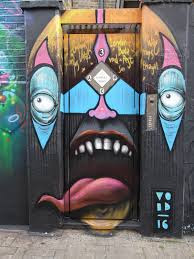 Maziar Bahari, a former Newsweek journalist who was jailed in Iran and became the subject of Jon Stewart’s film “Rosewater”, founded Not A Crime to expose Iran’s human rights violations and put pressure on the government. Now in its third year, the campaign shines a light on the treatment of Iran’s largest religious minority, the Baha’is, who are being persecuted because of their faith. In addition to being harassed and jailed on false charges, they’re denied access to the right of higher education.
“It’s critical to understand the condition of the Baha’is is a barometer of the Iranian government’s treatment of all its people,” said Bahari, who is not a Baha’i. “In 2017, some may say we’re dealing with a more rational Iranian government because it agreed to work with other nations on the implementation of the Nuclear Deal. People can’t say Iran is changing when there is still systemic discrimination against the Bahai’s.”

The Not A Crime campaign is the world’s greatest street art for human rights project – with nearly 40 murals already created around the world. Previous works have been produced in the United Kingdom, with three on the same Village Underground wall, the United States, South Africa, Brazil, India and Australia. Two-dozen of these murals were painted in New York alone between 2015 and 2016 – with 19 concentrated in Harlem.
Changing the World, One Wall at a Time will be screened this Spring in London and will showcase the artists and activists behind the Not A Crime project. Global media impressions for the project surpassed 100,000,000 people in 2016 with more than a dozen media stories and over 40,000 social media followers.

For more information see the Not A Crime website here: notacrime