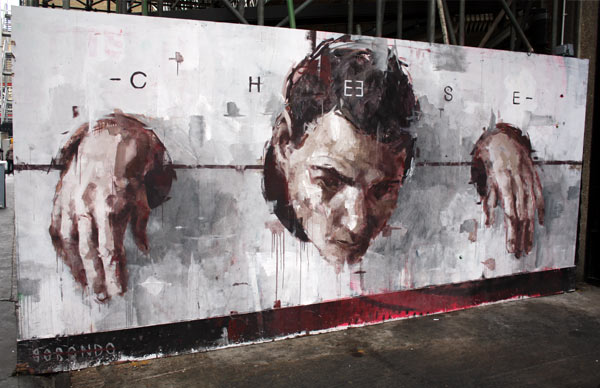 Here’s a collection of Brick Lane street art taken in London only a few weeks ago.  Although many of the artists are unknown there are a fair number of internationally recognised artists who have left their mark on the streets of London.

Brick Lane has become known as one of the major stops for any street artist who visits London and it is evident from the sheer amount of work on display that local artists are down on the action as well.  Caught on camera in this collection alone includes awesome work from world artists such as Belgian artist ROA, Australian artist Fintan Magee, Spanish artist Borondo and Martin Ron who is from Buenos Aires, Argentina.

Paul Don Smith among others