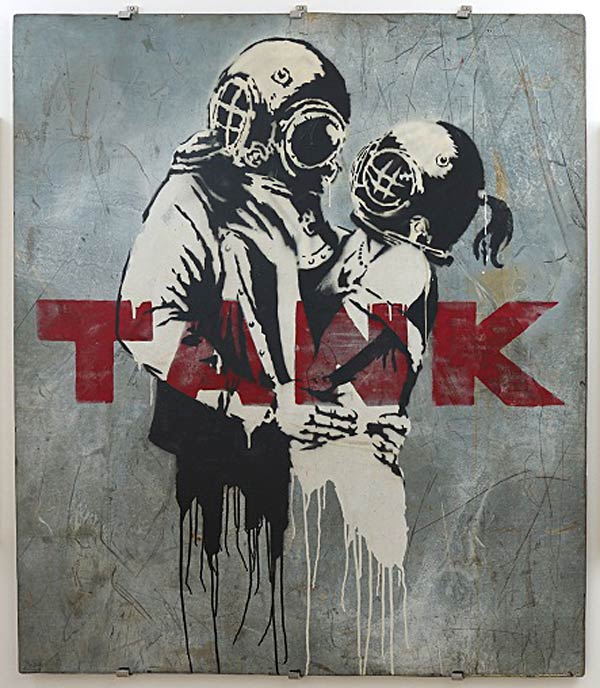 Exhibition of works by Banksy

An exhibition of artworks by the artist known as Banksy, including original paintings, prints, sculptures and rare objects from international private collections, many of which have never been seen publicly before, will go on display for the first time in Rome’s prestigious Palazzo Cipolla museum from 24 May – 4 September 2016. 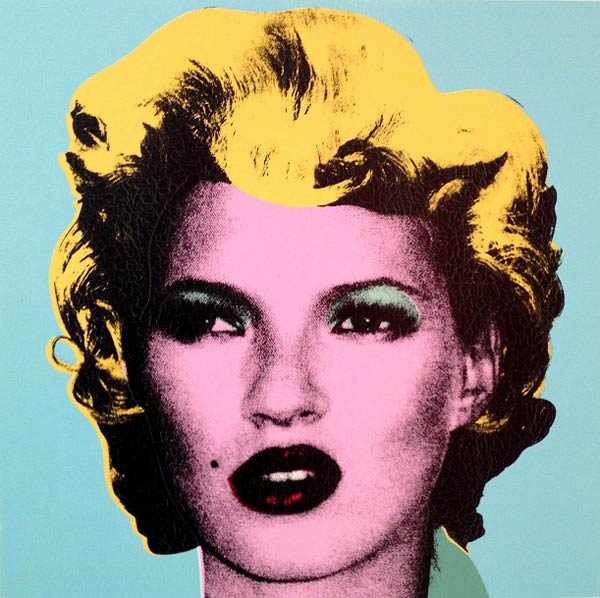 This is the first time that the public will be able to see such a vast collection of original work by the artist known as Banksy, spanning his entire career, in a curated museum exhibition. With unique paintings and rare pieces brought together from international private collections from around the world, this is a groundbreaking achievement in terms of the format, scope and sheer scale of the body of work being exhibited.


War, Capitalism & Liberty will feature an extensive body of work from private international collections and examine how social and political events are viewed through the irreverent wit and artistic skill that encapsulates the career of the artist known as Banksy – from his black and white stenciled sandwich board-wearing monkeys declaring ‘Laugh now but one day we’ll be in charge’ to the unsettling image of ‘Kids on Guns’.

Conceived by Fondazione Terzo Pilastro – Italia e Mediterraneo, and curated by Stefano Antonelli, Francesca Mezzano and Acoris Andipa, War, Capitalism & Liberty is a non-profit exhibition and will feature a strong educational and school-focused component with a scientific review of work by the artist.

Commenting on War, Capitalism & Liberty, Prof. Avv. Emmanuele FM Emanuele, President of Fondazione Terzo Pilastro – Italia e Mediterraneo, said: “The exhibition is a far-reaching initiative, a unique platform to showcase the themes that it deals with – war, capitalism and freedom – which seem to be both the primary sources of inspiration for the artist known as Banksy, characterised by a strong component of social protest, and the most current and urgent themes defining our present times. This exhibition is the perfect and natural culmination of a path I wanted to pave through the Fondazione terzo Pilastro in order to give voice to a form of street art expression that takes art out of the museums and shifts it into everyone’s world, making it something that belongs to our daily lives.” 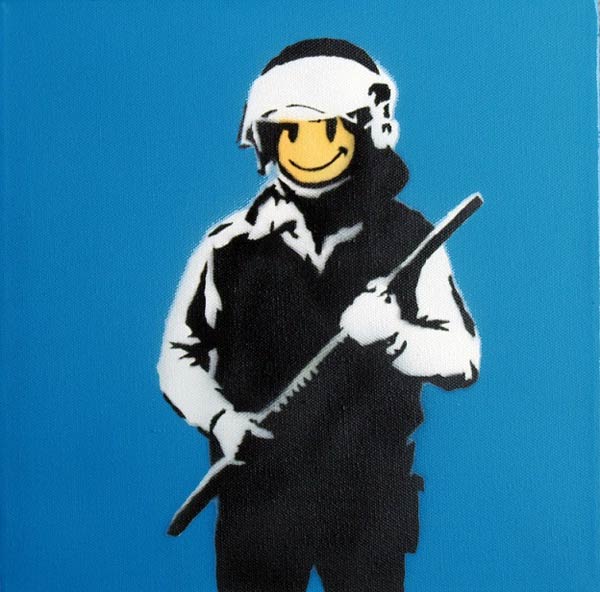 Commenting on War, Capitalism & Liberty, the show’s co-curator Acoris Andipa, an active dealer in the Banksy market who has been responsible for procuring all the artworks for the show, mainly from his private collectors who have been buying Banksy artwork with his advice since 2006, said: “This is the largest collection of work by the artist known as Banksy, a corpus of over 120 works including sculptures, stencils, and other artistic expressions, all strictly from private collectors and, therefore, absolutely not removed from the street. The work critically examines contemporary issues of war, consumerism and politics, and this is the first time a major collection of artwork by the artist, now considered the world’s best street artist, has been curated from private international collectors by an independent and important museum.”

With his roots in Bristol, the artist known as Banksy continues to have a global influence on the urban art movement and is arguably one of its most notorious artists with an anonymous persona that has captivated international audiences since the late 1990’s.

Commenting on the concepts that underpins the show, co-curator Stefano Antonelli said: “On the threshold of a world living in deep transformations, this exhibition analyses the progress of iconography and fundamental expressions of our civilization, through the work of the most controversial and popular contemporary artist and activist: an anonymous British artist who calls himself Banksy. Since the 1990s, the artist known as Banksy has used public space to express and exhibit his work, freeing the potential of graffiti and laying down a new blueprint for street art. Advances in internet technologies and image-sharing platforms have consecrated him as an idol for a new generation which has given him a worldwide fame. In the history of Western art, no other artist has managed to bring themes of this magnitude to the attention of a global audience.”

Commenting on the education aspect of the show, co-curator Francesca Mezzano said: “While generally an exhibition is a major space to distribute the cultural product for adults this show also serves as an educational arena for children.”

The artist is one of most discussed, debated and acclaimed cultural figures of our age and his media ranges from murals, sculpture, installation, painting on canvas and screen-prints to large installations and even the occasional livestock, often featuring satirical social and political commentary and often playing with the contextual aspects of the work. His artwork reveals a unique mix of humour and humanity; it is created for the masses and affords a voice for those in, and indeed outside, of society who would otherwise not be heard.

A recent example is his commentary on the refugee crisis and the after effects of Dismaland in 2015 in which a large-scale ‘bemusement’ park, brought together with other notable artists including Damien Hirst, greeted visitors of all nationalities and ages with unhelpful staff to match the most imperfect day out.

His anonymity and refusal to conform means that he is as difficult to nail down as is his artwork and, thus, a survey of his works has never been officially or unofficially exhibited in a private museum to a public audience.

Although the artist remains anonymous, he is believed to have been born in Bristol in 1974. Taking inspiration from the Bristol Underground Scene, the artist claims that his distinctive style, which combines stencil and graffiti writing, developed out of a need to quickly create large-scale works.

The artist’s first show was held in Bristol in 2000 at the Severn Shed. In 2002, he exhibited at Los Angeles’ 33 1/3 Gallery and in 2003 he was commissioned to design the cover of Blur’s ThinkTank. Today, work by the artist appears internationally – most notably, he painted nine sardonic images on the Palestinian side of the West Bank barrier. In the summer of 2009, Banksy took over the Bristol Museum and Art Gallery with an exhibition attracting over 300,000 visitors and hour-long queues. The artist has experimented with film and received an Oscar nomination for his documentary Exit Through The Gift Shop.

In 2013, Banksy held an official residency in New York titled ‘Better Out Than In’ in which he set up a street stall selling canvases for $60 USD to tourists. Understandably, many walked past not knowing that the work for sale was in fact worth tens of thousands of dollars. Only a few were lucky to buy them which, in itself, is quite ironic.

In December 2015 the artist headed to Calais where he produced a series of murals including The Son of a Migrant from Syria which chillingly depicted Steve Jobs.

PLEASE NOTE: The artist known as Banksy is not associated or involved in this museum show and all the artworks in this exhibition are from international private collectors.